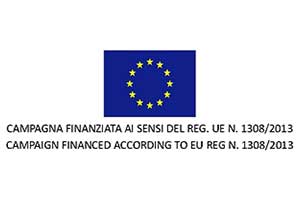 Roberto Anselmi single-handedly reshaped the Soave Classico appellation when he introduced Guyot and permanent cordon training and significantly decreased yields. His peers thought he was crazy when he decided to leave the Soave consortium so as not to be constrained by restrictive bureaucracy. History proved him right.

In 1976, when maverick winemaker Roberto Anselmi purchased his first vineyard and first began bottling his own wines in Soave Classico, the appellation was wildly popular in America. But it was known mostly for the its mass-production, inexpensive but low-quality wines. From the outset, the young winemaker was on a mission to revive the land where his grandfather and father had made wine before him.

By the 1990s, he had abandoned traditional pergola training and converted his vineyards to Guyot and permanent cordon (cordone speronato) training. He experimented with pruning strategies and growing techniques to lower yields and deliver better quality fruit. In the cellar, he introduced temperature control and other modern technology to improve the quality of the wines. And then in 2000, he did something unheard of at the time: In an open letter to the Soave Classico consortium, he famously wrote that he was quitting the association in order to be freed from their overly restrictive regulations.

Today, Anselmi grows Garganega (the primary grape in Soave), Sauvignon Blanc, and Chardonnay on roughly 70 hectares of vineyards in the Soave Classico appellation. The soils are mostly volcanic and limestone and the farming practices organic although not certified.